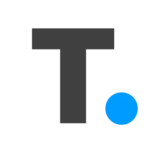 Most Tennesseans are opposed to banning books, despite lawmakers' recent efforts to restrict what is available in school libraries, a new poll finds.

The poll, conducted in April, surveyed 1,125 registered voters in Tennessee on whether they support bans based on content about race, gender or sexuality.

More than 58% of voters polled were strongly opposed to book bans, with another 10% somewhat opposed, the poll found, even as Tennessee lawmakers have made headlines after threatening to "burn" books considered inappropriate or claiming there are "pornographic" materials in school libraries.

Only 15% of respondents surveyed strongly supported banning certain books, 10% somewhat support bans and 5% were unsure, according to the pollsters.

There is no distinction between urban, suburban and rural voters: at least 64% of voters in each group opposed banning certain books.

The poll was conducted by the firm Embold Research on behalf of the Tennessee Democracy Forum, a project of the nonpartisan, nonprofit ForwardTN.

“From McMinn County to Memphis, Tennesseans know that public schools are important to our democracy," said Emily Eichenthal, Tennessee Democracy Forum coordinator, in a statement. "They are where children of different backgrounds and beliefs come together to learn.”

Tennessee has been an epicenter of education culture wars.

In January, a school board in McMinn County unanimously voted to ban "Maus," a Pulitzer Prize-winning graphic novel about the Holocaust, from the eighth-grade curriculum "because of its unnecessary use of profanity and nudity and its depiction of violence and suicide," according to a board statement at the time.

Just days later, the Williamson County School Board removed "Walk Two Moons" by Sharon Creech after review at the urging of the conservative parent advocacy group Moms for Liberty.

The poll was conducted online from April 8 to 11, and the modeled margin of error was 3.2 percentage points.

View article on The Tennessean