A series of hour-long discussions of economic and political democracy focused on ongoing national and statewide issues. 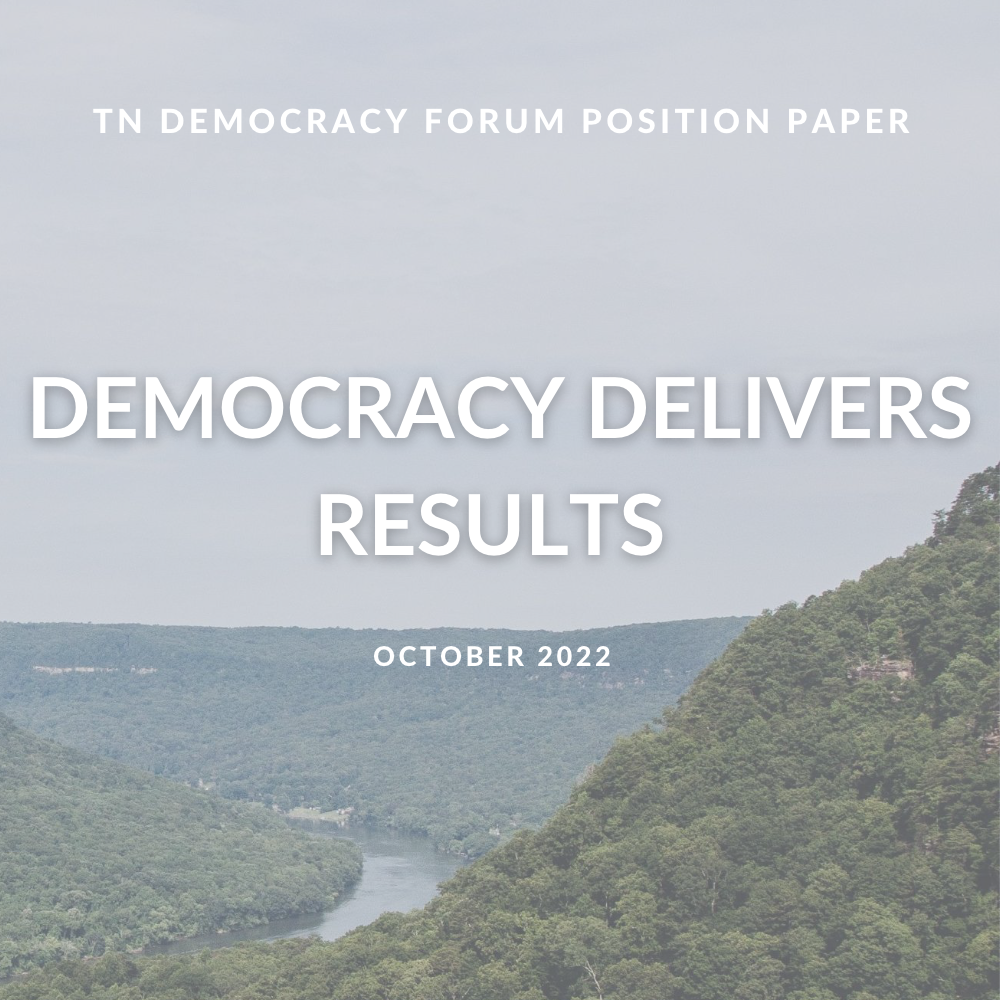 The Democracy Forum report outlines the opportunity for bipartisan action to revitalize urban and rural high poverty communities and outlines bipartisan support among Tennessee voters for federal initiative to increase economic fairness.  The report also focuses on an example of democracy delivering results --- the Bipartisan Infrastructure Law that has already provided more than $1.8 billion in funding to Tennessee.

Findings of the report include:

STAY TUNED FOR OUR 2023 SPEAKER SERIES

PAST CONVERSATIONS ON DEMOCRACY

Sign up for regular updates and be the first to hear about upcoming events!