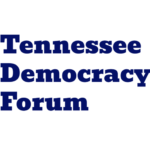 Just two weeks after Tennessee legislators voted to give an appointed commission power to effectively issue blanket bans of challenged books, a new statewide poll of voters finds that Tennesseans are opposed to bans on textbooks and school library books based on content about race, gender or sexuality. According to a new poll conducted by Embold Research for the Tennessee Democracy Forum, 68% of voters were opposed or strongly opposed to banning books.

Voters were asked: “As you may or may not know, there has been a growing push to remove certain books from schools across the country that local groups deem too problematic because they include content about race, gender, or sexuality. Knowing this, do you support or oppose banning certain books from public schools?”

The same poll asked Tennessee voters their views on another critical topic in public education – teacher salaries. Based on the most recent data from the National Center for Education Statistics, the average teacher salary in Tennessee is the eleventh lowest among states.

44% of rural voters, 61% of suburban voters and 72% of urban voters said that teacher salaries were too low.

“While there has been a lot of heated political debate about what goes on in Tennessee schools, there often has not been a lot of light shed on what Tennesseans feel about the issues,” said Emily Eichenthal, Tennessee Democracy Forum Coordinator. “From McMinn County to Memphis, Tennesseans know that public schools are important to our democracy. They are where children of different backgrounds and beliefs come together to learn.”

Embold Research surveyed 1,125 registered voters in Tennessee, with an oversample of Hamilton County, from April 8-11, 2022. Respondents were recruited via dynamic online sampling and SMS text-to-web sampling to attain a sample reflective of the electorate. Post- stratification weighting was performed on age, gender, ethnicity, education, region, and vote history. Weighting parameters were based on voter file data. The modeled margin of error is 3.2%. For more information on Embold Research, go to https://emboldresearch.com/.

The results of the Tennessee Democracy Forum poll will be released over the next five months in conjunction with a series of a half dozen “Conversations on Democracy” to build support for a pro-democracy movement in Tennessee. Each conversation – both live remote and in person – will be an hour-long discussion of economic and political democracy focused on ongoing national and statewide issues. The Conversations will be open to the public and there will be an opportunity for questions and answers from the audience.

The first conversation will be virtual on May 26th and will feature former Republican Governor of New Jersey and EPA Administrator (under President Bush) Christine Todd Whitman and Ambassador Norman Eisen, who served as the White House Ethics Czar under President Barack Obama. Whitman and Eisen are the founders and co-chairs of the States United Democracy Center, a nonpartisan organization advancing free, fair, and secure elections and committed to making sure every vote is counted, every voice is heard, and every election is safe. For more information on the “Conversations on Democracy” series, go to www.tndemocracyforum.org.

The Tennessee Democracy Forum is a project of ForwardTN. For more about ForwardTN, go to www.forwardtn.org.

* Urbanicity is defined as the population density of a respondent’s zip code.