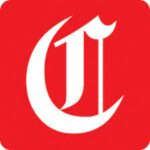 Bill Kristol, a neoconservative author, former chief of staff to Vice President Dan Quayle and avid "Never Trumper," will appear at the University of Tennessee at Chattanooga on June 13 as one of a half dozen "Conversations on Democracy" being organized by the Tennessee Democracy Forum.

Each of the conversations — both livestreamed and in-person — will be an hour-long discussion of economic and political democracy focused on ongoing national and statewide issues. David Eichenthal, a former city chief financial officer under then-Chattanooga Mayor Bob Corker, is hosting the discussions, which will be open to the public and open for questions and answers from the audience.

The first conversation will be virtual on May 26 and will feature former New Jersey Republican Gov. Christine Todd Whitman, who also served as EPA administrator under President George W. Bush, along with Ambassador Norman Eisen, who served as the White House ethics czar under President Barack Obama. Whitman and Eisen are the founders and co-chairs of the States United Democracy Center, a nonpartisan organization that says it advocates for free, fair and secure elections and making sure every vote is counted.

Other programs will include Lisa Mensah, president of the Opportunity Finance Network, on Aug. 18, and Robert Shrum, former speechwriter to former South Dakota Sen. George McGovern, on Sept. 13.